This contract was administered by English Heritage on behalf of the Department of Media Culture and Sport (DCMS) and managed by Cotswold Archaeology. MSDS Marine were hired as the diving contractor.  This contract formed a component of the Heritage Asset Assessment in Relation to Marine Designation programme. The project involved diving, marine geophysical survey and desk-based research focused upon designated and un-designated wrecks and submerged prehistoric sites within Scottish, Welsh and Northern Irish waters to assess their date, nature, condition and significance. Pascoe Archaeology was sub-contracted by Cotswold Archaeology to provided the archaeological lead during the project.

Sites investigated include: the Kennermerland and Wrangels Palais on the Out Skerries, Shetland; the Dartmouth, the Cromwellian shipwreck at Duart Point and the Mingary wreck in the Sound of Mull; and a number of un-designated sites at Sarn Badrig, North Wales. 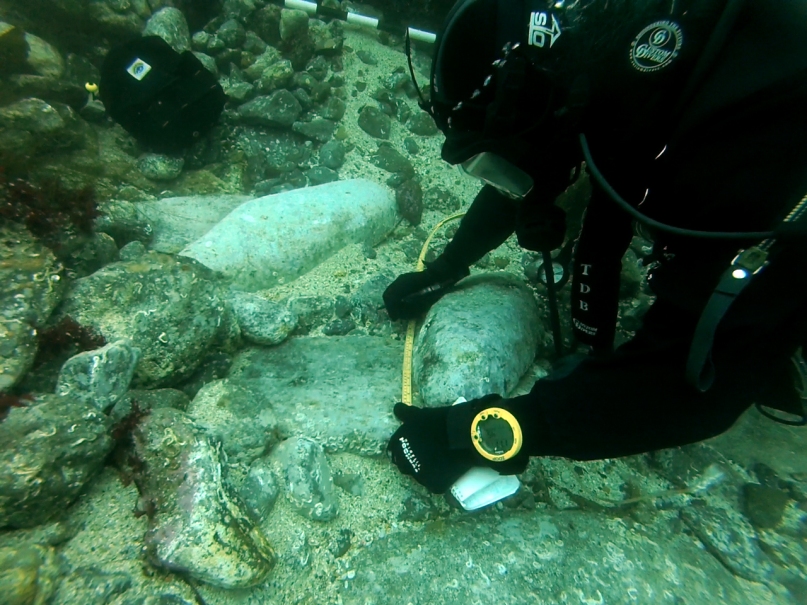 Mark James recording on the Kennermerland 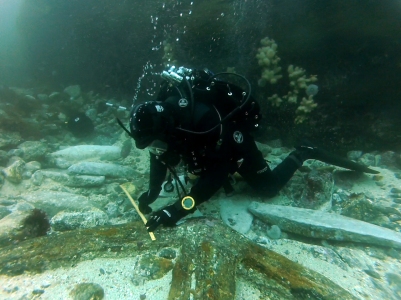 Mark James recording on the Kennermerland

Rodrigo inspecting a gun on the Duart Point wreck 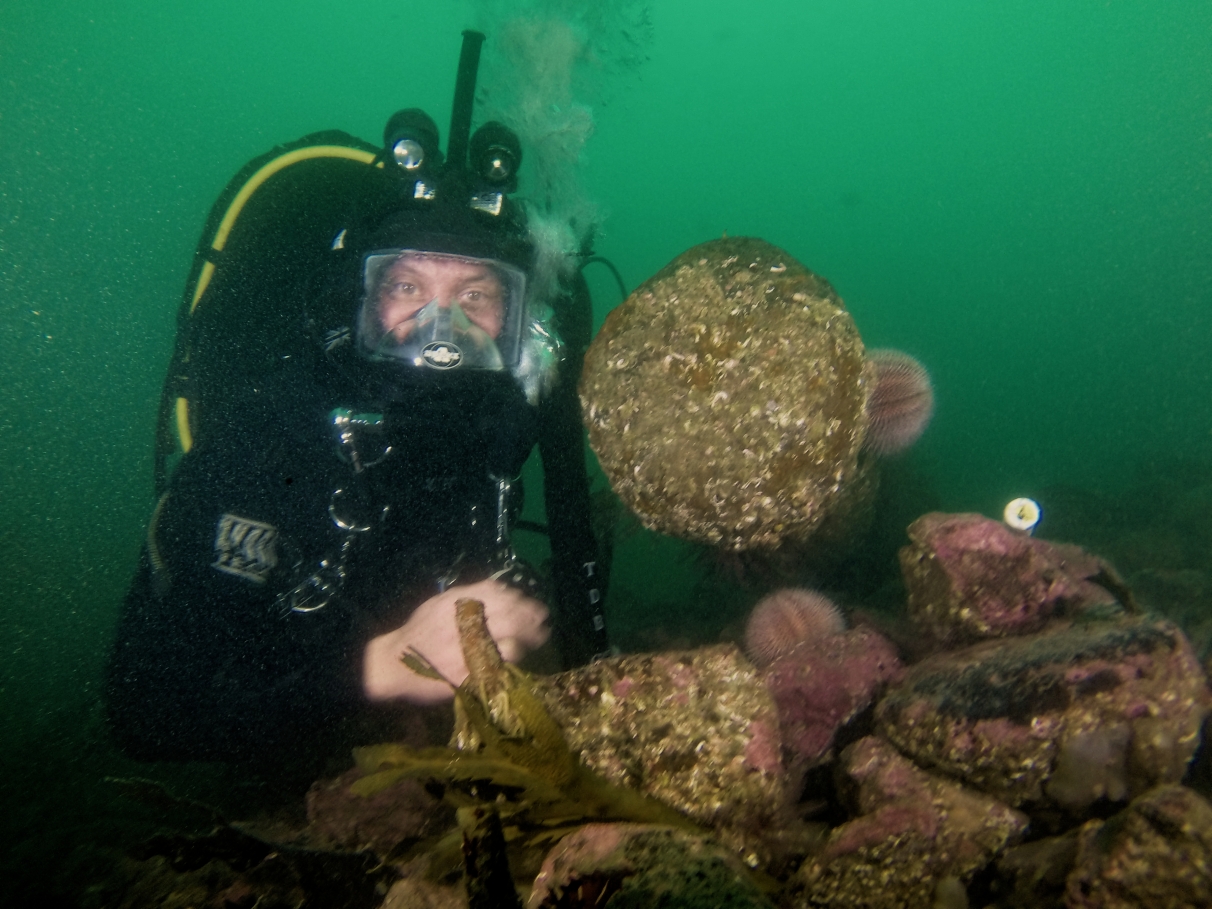 Rodrigo at the muzzle of a gun on the Duart Point wreck.